All About Black Onyx: From History to Value and Uses

Black, a powerful colour, is often associated with elegance, strength, beauty, sophistication and simplicity among other things. Just the colour itself makes black onyx a captivating choice to be incorporated into fashion accessories. However, apart from its beauty, it’s worn predominantly for its spiritual properties. Let’s dive a little deeper and learn all about the black onyx – from history to its value and uses.

The History of Black Onyx

Onyx is a variety of silicate mineral chalcedony with parallel bands. Black Onyx is the most famous variety of onyx. The stone has a long history of being associated with protective powers across many cultures including Ancient Greeks and Romans, Persian, Chinese and Indian. Throughout history, the stone has not only been used in amulets and jewellery, but also in carved cameos. 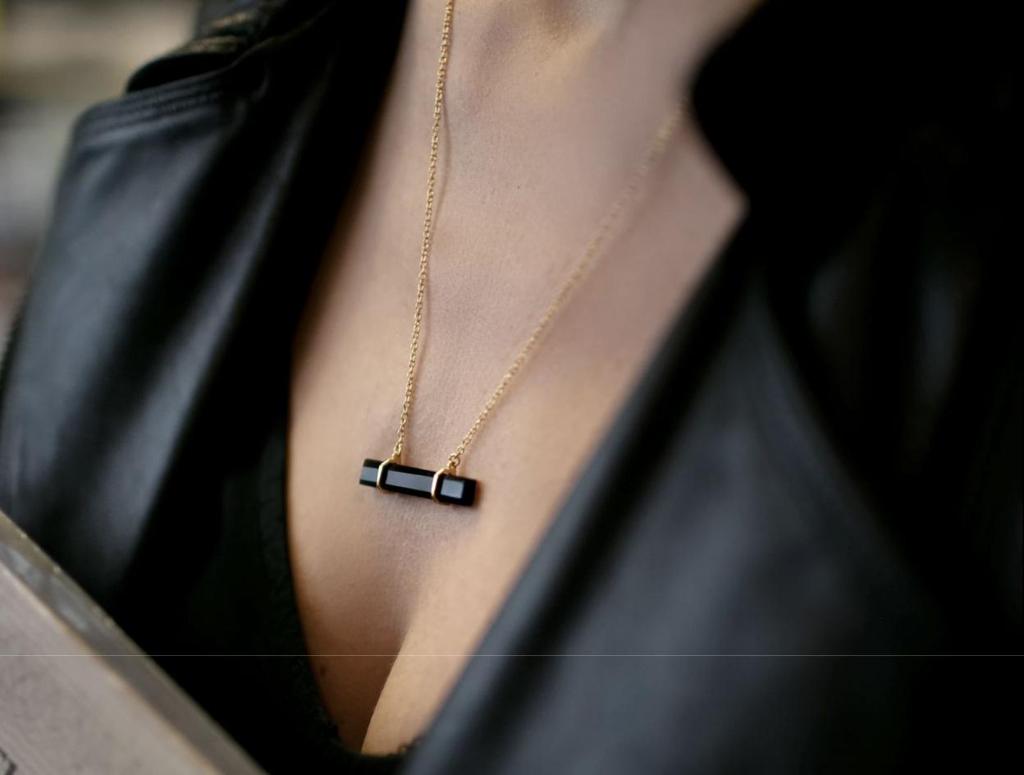 Onyx, relatively uncommon in nature, gets its name from the Greek word for nail or claw – “onux”​– which is a reference to the mineral’s colour. A powerful protective stone, it is said that black onyx was worn by Cleopatra herself! The gemstone has the power to release negativity from a person by absorbing the negative energies and transforming them into positive. It is also known to regenerate happiness, boost intuition and instincts and lend emotional stability to the wearer. 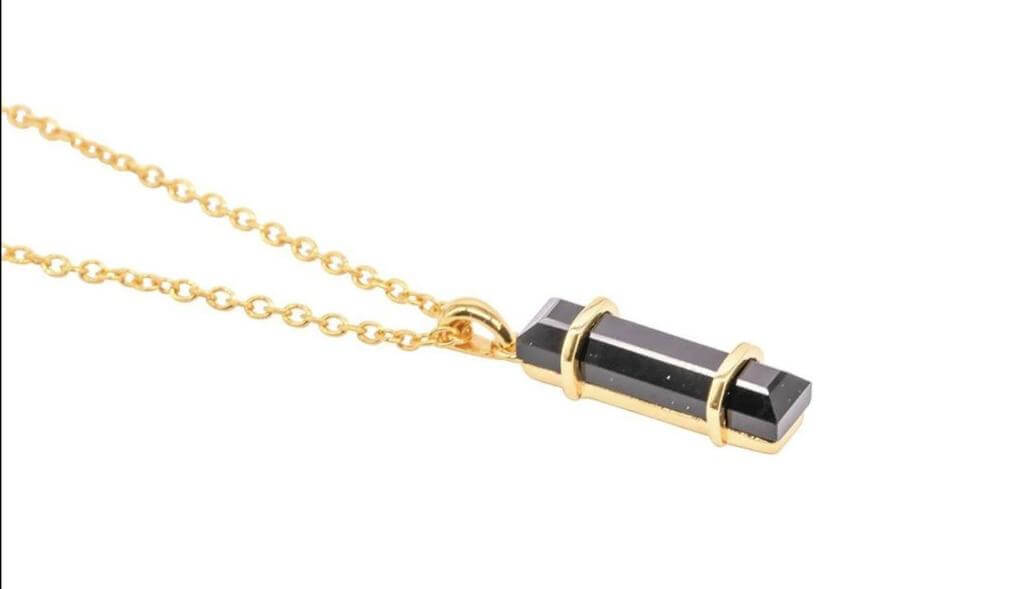 Being the most popular variety of onyx, the black onyx is naturally more valuable than other colours of onyx available. The price of the black onyx is influenced by the cut and size of the stone, and it can easily go up £500 per carat. Of course, when buying a piece of jewellery featuring the stone you are paying a higher price as the value will include the price for the setting as well, gold or silver. Most people however are concerned more with its spiritual value than the economical one.

Where is Black Onyx Found? 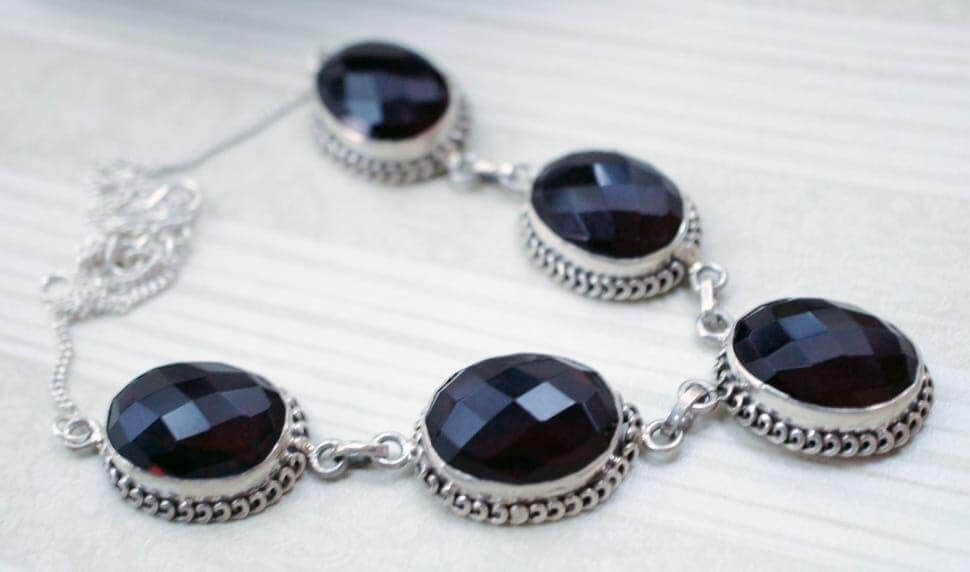 Black Onyx is found in multiple regions around the world, with large deposits in India, Pakistan, South America, Germany and Yemen.

Black Onyx in Jewellery Design and Other Uses 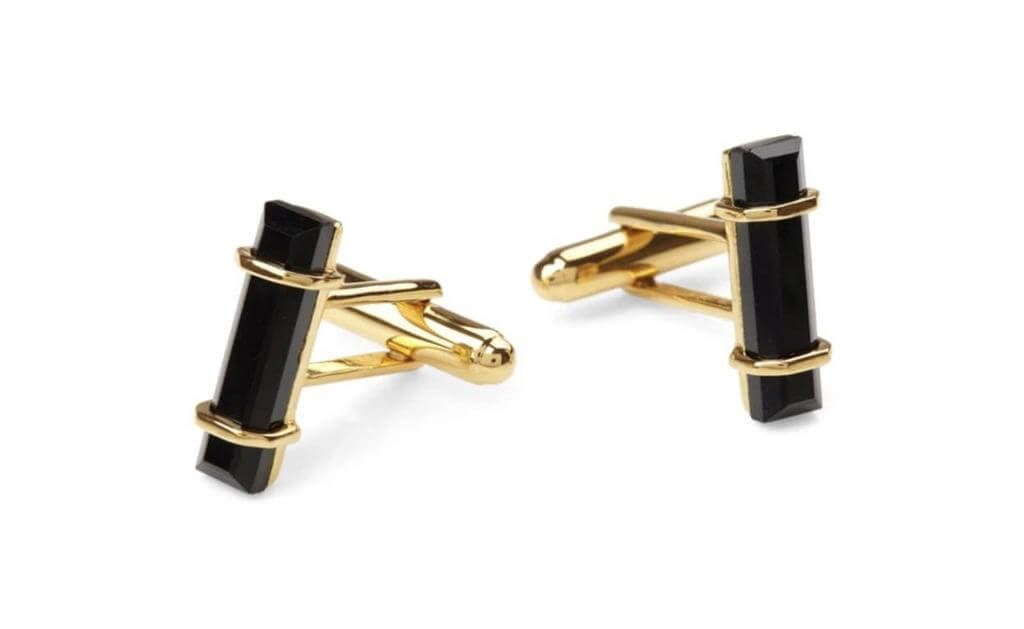 There are few black coloured stones which are used in jewellery design and black onyx is perhaps the most prominent one. The onyx has been traditionally adorned as a ring and pendant amulet. Presently though, stone jewellery is a popular trend and one can buy stylish bar necklaces, bracelets, earrings and other accessories featuring the black onyx. Jewel Tree London has a wonderful selection of black onyx jewellery in its Urban Collection including the gorgeous cufflinks pictured above.

Apart from fashion accessories, this grounding stone is used in Feng Shui for protective properties, in meditation for its energy stabilization, and in psychometry as well for its believed to help the wearer focus and retain memories.